Veterans Day always brings a moment of reflection for me and this Veterans day evening is no different. The above photo is hard to see but it’s the flag that was given to my grandmother at my grandfather, Winston Tom’s funeral and those pictures are of him and his buddies after returning from World War II.

Today is special because it’s the day before his birthday. He would be 95. Who knows maybe I won’t finish this before midnight.

Spending 9 years wearing a military uniform and one of those in Iraq, I guess you can say I have a special place in my heart for those who serve and have served. There are few moments that I appreciate more than adjusting those who have put on a military uniform.

To be blunt, most of us take it for granted. Most of think it’s another day off and the moments of true appreciation are fleeting at best. Do you know how many soldiers have died in American conflicts?

We don’t realize that 22 veterans will commit suicide today. (Google it)

Breathe that in for a little bit… sobering isn’t it?

I promise I don’t mean to be a buzz kill.

You might read about how this number might not be accurate. That most of these numbers are not from our current wars and that these men and women are ‘old’ (most being over 50).

First of all, these are men and women. Not numbers. Secondly, do you realize how ingrained the stigma of veteran is? The terms “baby-killer” from Vietnam aren’t so much used anymore but they haven’t been healed. Lastly, if anyone thinks we support our veterans sufficiently today, please raise your hands and then keep your hands raised as you volunteer at one of the organizations I list below.

Admittedly, being in the civilian world (even here in Navy town San Diego), I forget sometimes. I suppose that’s why we all serve in the first place – not for the credit.

Selfless Service is a value inherent to all armed forces and it’s something we can all aim to emulate on a daily basis. Serving others without any intention of being repaid and simply for the sake of service is a lost art in this ever-disconnected and fast-paced world.

There are those in chiropractic who humbly live by this principle as well. I serve proudly along side you.

One of my best friends from chiropractic school has a brother who is a marine Major. Every year at Christmas, in addition to other gifts, he gets a “you’re welcome” from his brother where he says “you’re welcome for another blanket of freedom”.

Personally, I think that’s hilarious… and I wish I had that line when I was in but all kidding aside, I wish we all remembered that.

My girlfriend thanked me for my service this morning asked me if I feel like a veteran and I told her, I don’t know how not to. Especially today.

We were at a Zen Buddhist mindfulness retreat last weekend for my birthday and we woke up every morning at 5. Although that reminded me of early PT formations, every so often it I get another reminder of being in.

But what tells me I am a veteran is that I know with 100% certainty that if the shit hits the fan even at a Zen Buddhist monastary I will respond in service to others. How often do we here about veterans taking action in the midst of violence and chaos?

Viktor Frankl, author of the esteemed Mans Search for Meaning and Holocaust survivor, says that Freedom is a combination of two distinct attributes: Liberty and Responsibility. Freedom isn’t just about doing what you want but it’s also about being conscientious about your choices. 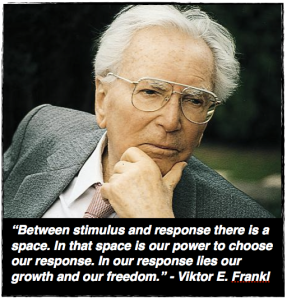 I feel so blessed to have had the opportunity to serve. These days, I cannot wait for the opportunity to adjust veterans and their families in the office. Also, I love supporting charities like Team Red, White and Blue, Team Rubicon, The Patriot Project and PTSD United. All of whom allow me to stay in touch with and support the veteran community.

What I love most about these organizations is their attempts to rebuild the veteran from the inside out, build powerfully uplifting communities and bridge the gaps between the civilian and veteran worlds. They are taking the numbers seriously, seeing the men and women behind the statistic and giving back.

Today we saw a lot of folks in the office. We helped a lot of families. Some as young as 2 months, some expectant mommas and some grandparents alike. All of whom benefit from those men and women in uniform, quietly, honrably, and thanklessly serving all of us and gifting us with the freedom to live our lives however we choose.

If you are changing the world in your own way like many of these veterans do day-in and day-out… check out Admiral William H. McRaven’s commencement speech to the University of Texas graduating class of 2014. No I was never a SEAL but yes we all learned similar principles from putting on the uniform.

Today, tomorrow, hell every damn day… yes, get adjusted and do yoga but…

THANK a soldier, sailor, airman or marine not for their service but from what you get from their sacrifice. 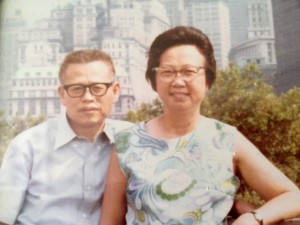 Thanks Yeye, you continue to inspire me everyday. Thanks for changing the course of our family by serving in the name of freedom in World War II and happy 95th birthday. We know you’re still with us in spirit.