This coming September 18th is the 123rd birthday of the chiropractic profession.

One might ask, “why the heck would anyone celebrate chiropractic?”

I mean, do we celebrate the birthday of dentistry? Google says NO.

Optometry? My dad was an optometrist for 40 years in LA. NEVER EVER celebrated vision care.

But Victoria and I and our kids, and at Future Generations, we will celebrate Chiropractic on September 18th for as long as we exist and I will assert to you that this below picture is the reason.

4-5 years ago I went through an AWESOME investigation into my heritage. I’ve always known that my dad’s side is from mainland China and my mom’s side of the family is from Taiwan but my siblings, cousins and I grew up very Americanized right here in Southern California.

Below is a picture of my great-grandparents (my mother’s parents) – I may have shared this picture before. It’s hard to believe that’s 3 generations ago.

For you birth workers out there, my great grandmother was a doula in her village in Tainan City, Taiwan. 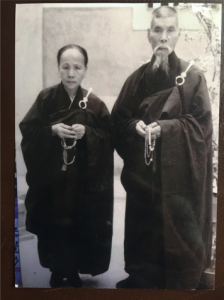 I received so many amazing insights from multiple family members about where we come from.

The reason I share this is that it is really important, REALLY IMPORTANT, to know where we come from because it empowers you to go into the future knowing the obstacles that your family has overcome.

How many of you know that chiropractors were put in jail for ‘practicing medicine without a license’?

By 1931, chiropractors had undergone nearly 15,000 prosecutions while there were ONLY 12,000 chiropractors in practice in that era.

Herbert Ross Weaver was the most jailed chiropractor of all time – going to jail 12 times throughout his career. And you might be wondering, why the heck would chiropractors be sent to jail? 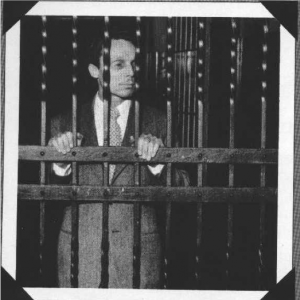 “It was a matter of principle for all of us. We don’t practice medicine in any shape or form. To be designated as limited medical practitioners was something intolerable to us. And, of course, it was a useless thing anyway because the so‑called permit limited the types of cases we could handle. It was just something that any chiropractor with any guts could not accept.” Herbert Ross Weaver, DC

Dr. Weaver’s words above and in this video still ring true today.

On the back of our business cards in the office reads the following quote by Clarence Gonstead DC:

We chose this quote because it couldn’t be said more clearly.

We help a lot of infertility cases in the practice but we do not treat infertility.

We help a lot of breech presentation in pregnancy but we do not turn breech babies.

We help a lot of torticollis, plagiocephaly, colic, breastfeeding challenges, etc. etc. but we treat NONE of those conditions.

What we do is simple.

We adjust subluxations in the spine to restore the normal communication between your brain and body. The body knows how to heal, it just needs to be able to communicate.

Most people don’t realize that NORMAL is healthy and HEALTHY is normal.

Many of us are told…

“Oh you just have normal headaches” or

“It’s normal for breastfed babies not to poop frequently, they will grow out of it.” or

“Pubic bone pain in pregnancy happens all the time, it’s totally normal. It will go away when the baby comes.”

Truth be told, symptoms can be a reflection of normal. The body is infinitely wise… we were programmed to self-heal, self-adapt, and self-regulate BUT how do you know?

The medical profession are experts at disease and ABNORMAL. I will give them that. They are brilliant and I believe they are whole-hearted, well-intended (it’s Big Pharma I am worried about).

But they have a hard time measuring NORMAL.

In fact, they have a hard time taking care of you when you aren’t symptomatic.

This is where the fundamental difference sets in.

Have you see Undoctored? Or Bought?

As I write this, it brings tears to my eyes because of how much hate, discrimination and outright bigotry our profession has faced throughout our short history. The reason is these discriminations still exist today in a very pervasive but subversive manner and interestingly not just from the medical profession.

Others come from the media. But why the media? Don’t just they report the news? The facts? Most people don’t realize that Big Pharma is the biggest lobby on capitol hill and the largest contributing sponsor for major news outlets.

“The average American television viewer watches as many as nine drug ads a day, totaling 16 hours per year, which far exceeds the amount of time the average individual spends with a primary care physician.” – Ventola C Lee

Most people don’t realize this but this is the legacy of AMA’s Committee on Quackery whose mission was to contain and eliminate chiropractic.

People don’t just not like chiropractors. This was a calculated campaign against a profession… it is a social construct.

How do I know?

I READ… and I THINK

“It is the position of the medical profession that chiropractic is an unscientific cult whose practitioners lack the necessary training and background to diagnose and treat human disease. Chiropractic constitutes a hazard to rational health care in the United States because of the substandard and unscientific education of it practitioners and their rigid adherence to an irrational, unscientific approach to disease causation.” – Official Policy Statement adopted by the AMA House of Delegates, 1966

What was this Committee on Quackery’s focus?

In the famous case Wilk vs. the AMA, the American Medical Association was ultimately found guilty of an illegal boycott against chiropractic. As stated here:

“In the early 1960s, the American Medical Association decided to contain and eliminate chiropractic as a profession. In 1963 the AMA’s Committee on Quackery was formed. The committee worked aggressively – both overtly and covertly – to eliminate chiropractic. One of its principal means used by the AMA to achieve its goals was to make it unethical for medical physicians to professionally associate with chiropractors.” – Judge Susan Getzendanner

What I am MOST proud of is, that in spite of all the opposition, we are leaders in the field of natural health care. Every day more chiropractors graduate and many of us have the gumption to stand up for TRUTH and for what is RIGHT for humanity.

That we not only have the freedom to choose our healthcare…

BUT also the inalienable right to know what NORMAL feels like.

What a clear nervous system, a body that can self-heal optimally FEELS like.

As a society, we deserve to remember what ‘dying of old age’ looks and feels like.

In a world where 80% of adults are currently diagnosed with at least 1 chronic illness and 54% of kids in the same situation.

You might be able to tell through these blogs that we are getting more vocal about the truth about our healthcare system.

Not because we are anti-medicine (f you haven’t heard my story, medicine has saved my life 3 times and I will be forever grateful), but because we stand for the innate intelligence and the freedom America was founded on, “…with liberty and justice for all.”